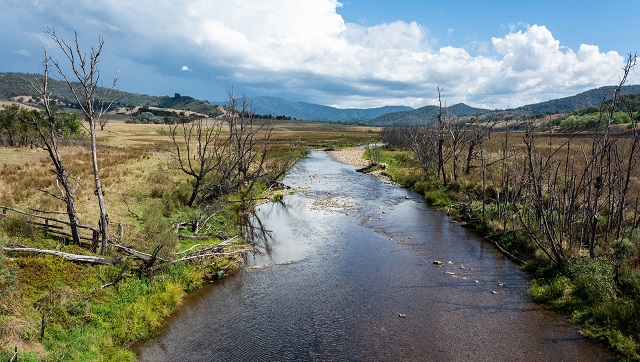 Creating an enduring, sustainable water policy for Australia is at the core of a new model proposed by philanthropy to address one of the most complex public policy challenges we face.

The Ross Trust is supporting a new vision, initially driven by philanthropic leaders, the Myer Foundation and the Ian Potter Foundation, to separate politics and vested interests from water policy and establish the new, National Independent Water and Catchment Policy Centre.

Not only do we need urgent action on water for the health of our ecosystems but also for community health and wellbeing. And right now, Australia is on borrowed time in terms of adequate water supply.

The Centre will drive policy reform and in the words of the vision paper, outlining the case for change: ‘Major water and catchment policy reforms follow periods of drought and often focus on short-term, expedient outcomes rather than long term benefits for all Australians. This cycle must be broken so that we can create enduring sustainable water policy and win community support for its implementation.’

The Centre will focus on the development of policies which are of high value, difficult to resolve, and vital to the long-term benefit of all Australians.

The Myer Foundation and Ian Potter Foundation have been joined by the Colonial Foundation as the major backers of the new policy centre, with a range of philanthropic organisations from around the country already making commitments of $30 million over 10 years, providing a strong start for the new body.

The Centre will be incubated at the Australian Academy of Science for a least the first five years of its operation.

The Ross Trust is contributing $1 million over five years ($200,000 per year) to this significant development. The funds are part of the Trust’s biodiversity conservation commitment.

The proposal for the Centre is underpinned by a one-year study which showed Australia needs a respected, independent, and authoritative organisation to transform water and catchment policymaking. The proposal is also centred around the UN’s Sustainable Development Goals 3 and 6.

The Centre will seek to develop policy which is inclusive and developed with the input of a wide range of stakeholders including First Peoples, farmers, land and water managers, policy makers, academic experts and regional and urban communities.

Ross Trust CEO, Sarah Hardy said “This is a truly exciting development and we’re delighted to be part of it, as it is very much in line with our biodiversity conservation commitments.

“We are convinced by the science that tells us we are on borrowed time in terms of water supplies in this country and the other appealing aspect of this work is that it is seeking to set up an independent voice. We’re very committed to the advocacy role philanthropy can play and this is a clear case where we can make a difference.”